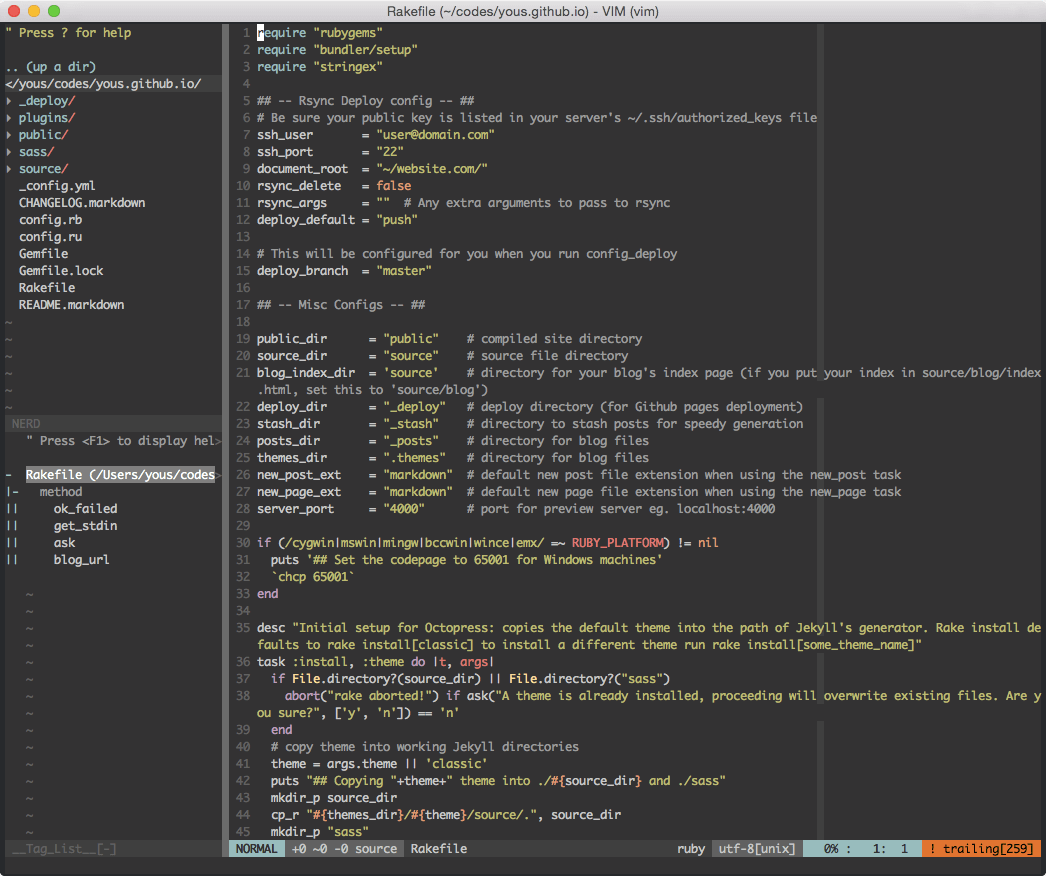 Many Vim user use plugins which open sidebar like NERDTree or Tag List. In my case, I always open NERDTree and Tag List on Vim startup. Their file and tag navigation features are extremely handy.

We use :q to quit, :q! or ZQ to quit without saving, :wq, :x or ZZ to save and quit. But these commands are applied to only one buffer. NERDTree or Tag List windows are not closed until we close them individually or quit all using :qa.

Getting into the Problem

But as one of the Vim users, I close it within a few minutes or even a few seconds after I opened it. I want to keep quitting Vim easy. Using :qa everytime doesn’t make sence. Actually, NERDTree gives us a tip to close Vim if the only window left open is a NERDTree:

There are some types of window which isn’t important while quitting Vim.

Vim buffers have its type. Help and QuickFix buffers also have it so we’re ready to go. See 'buftype' documentation:

Because quickfix and help type is already exists, all we have to do is retrieve that value. This code returns the buftype of current buffer:

Note that winbufnr(0) returns the number of the buffer in the current window.

For NERDTree and Tag List, we check the name of the buffer.

So we can check whether the current buffer is NERDTree or not with this:

We can check the current buffer is important or not. Then how can we check that for every buffer? Now do some basic programming.

Note that CheckLeftBuffers() will check buffers only when the tab page count is 1. It iterates every window and check its 'buftype' is 'help' or 'quickfix'. If every window is Help window or QuickFix window, i becomes winnr('$') + 1. Then we’re safe to quit all windows by calling qall. Finally we add CheckLeftBuffers() to BufEnter *, so it’ll be called on everytime we close a window—on the fly!

You can see my actual vimrc commit and also check out my dotfiles repo!

This will work with other Vim distributions. If it doesn’t or if you have another problems, feel free to make an issue or contact me.